Due to expected rising water levels in Roskilde Fjord in the coming future, Denmark's Minister for Culture Mette Bock has today made a final decision to remove the Viking Ship Hall from the list of protected buildings.

The Viking Ship Hall houses the world-famous five original Viking ships  excavated  from the seabed of Roskilde Fjord, Denmark in 1962.

A winter storm in 2013 caused severe damage to the building overlooking Roskilde Fjord.

Even though none of the Viking ships were damaged, it was clear that the building they are located in cannot withstand the heavier storms  and the rising level of water. This event - and two further storms in more recent years - led to the application to have the Viking Ship Hall removed the list of protected buildings.

Bock said Thursday that when built in the 1960s, "no one could have predicted the rising water and the challenges it caused for the museum building".

The Minister's final decision to remove the Viking Ship Hall from the list of building to be protected allows the Viking Ship Museum to implement the structural changes needed to secure the almost 1000-year old Viking ships.

"I and the Viking Ship Museum Board are incredibly relieved by the decision of the Minister of Culture," says Tinna Damgård-Sørensen, Director of the Viking Ship Museum, and continues, "It certainly does not solve all the problems we face. But the removal from the list provides the museum with a new and clear basis for creating a solution that secures the Viking ships, as well as the museum's future and continued development.

"Now we are faced with an incredibly exciting task of creating a new setting for the exhibition of the five Viking ships, and we look forward to - in collaboration with architects and foundations - reinterpreting the interactions between fjord and ships, between history and the present". 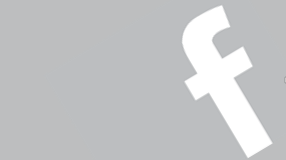