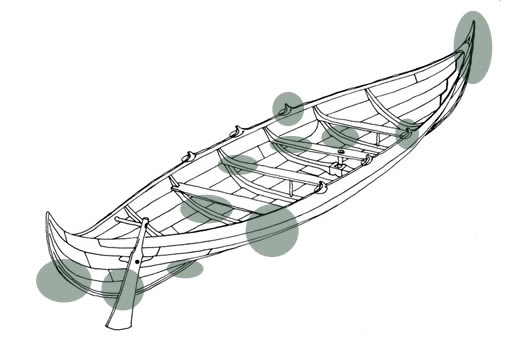 Viking Age ships were both light and strong. There are two main reasons for this:

The planks and frames were cleaved and followed the tree’s fibres. This made the finished pieces very strong, even though their dimensions were reduced due to a desire to keep the overall weight of the ship down. The technique of cleaving was therefore critical in allowing the Vikings to build ships that were both light and strong.

Nordic clinker-built ships and boats were developed hundreds of years before Viking ships. The ships’ strength lay in this method of construction. The clinker-built boards, or the overlap between two boards, act as a longitudinal strengthening element in the hull. This allows for a greater distance between the frames. Together, this made the ships light and strong at the same time.