The Danish coastal waters, though among the world's busiest shipping lanes, are treacherous to sail.

The narrow channels and sounds coupled with the many areas of shallow water, the often hard winds and high waves and frequent military conflict have all contributed to the loss of numerous ships.
It is estimated that Danish waters contain some 20,000 shipwrecks dating from the Stone Age to the present day.

Such shipwrecks provide an important key to our understanding of shipbuilding traditions, of trade and life in the past, and of political/military confrontations.

9000 years ago the sea surface was 30 m lower than it is today. There were large amounts of seawater trapped in the remains of the thick ice cap from the previous Ice Age which still covered parts of the northern hemisphere.

During the same period, land areas from which the ice had already retreated gradually rose as the enormous weight of the ice was released.

Denmark was connected to Sweden and Britain, and the Baltic was a freshwater lake. Hunting and fishing were major activities in the everyday lives of Stone Age people, and settlements were often located on the coast.

The land level continued to rise as time passed, but around 7000 BC, the ice melted so rapidly that the sea rose faster than the land. Funen became an island, the Sound between Denmark and Sweden was formed, and the Baltic Sea became salt.

The coastal settlements were flooded and gradually covered by protective layers of sediment, providing good preservation conditions for tools and other artefacts of perishable materials. That is why many well preserved items of wood are found under water whereas they are seldom preserved on land. Archaeologists estimate that the remains of some 20,000 Stone Age settlements are to be found in Danish coastal waters.

The animation shows the sea level rise after the last ice age.
The animation is produced by Niels Skytte, Department of Geology GIS@geol.ku.dk. Data: GINA, Alaska. 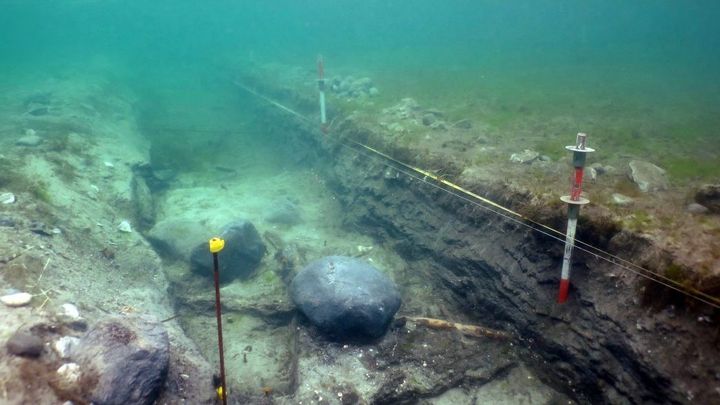 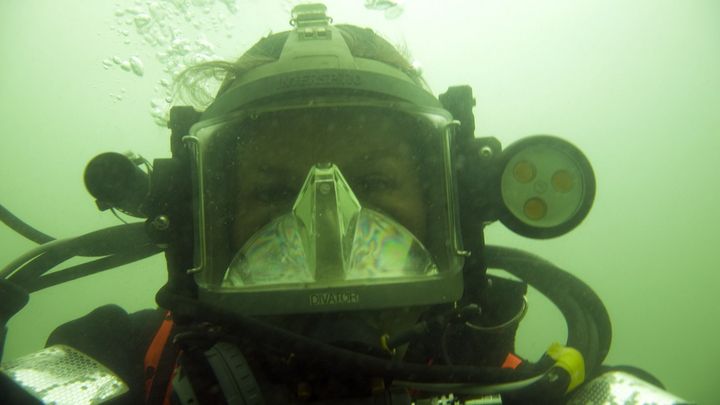 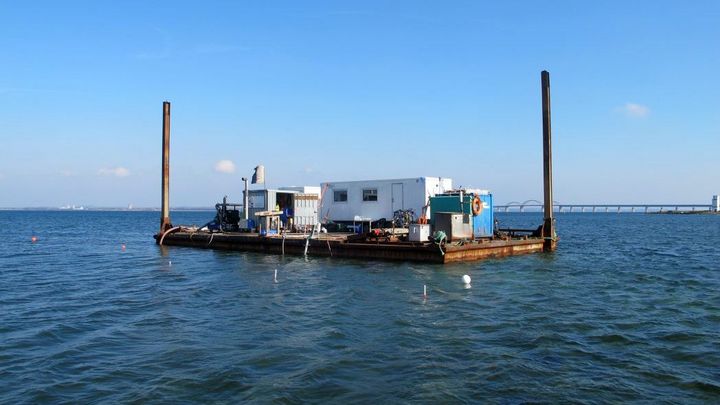